After returning to the Cabinet during the First World War as Minister of Munitions in July 1917, Winston Churchill regularly flew back and forth across the English Channel to France so that he could learn the needs of the army on the Western Front and coordinate production accordingly. For this purpose he was provided with a headquarter at the Château Verchoeq. One evening over dinner at the château, Churchill began reciting from memory several war poems by Siegfried Sassoon, a friend of his secretary, Eddie Marsh.

“I had never heard of Sassoon or his poems,” remembered Churchill’s pilot Lieutenant Gilbert Hall. “It was obvious that he—Churchill—had the greatest admiration for Sassoon as a man, as a soldier, and as a poet. We quickly realized the theme of the poems was anti-war….We heard that the Generals were seriously worried at the damage to morale these poems might inflict on the troops….I feel sure it was Winston’s brother [Jack]…who thereupon exclaimed, ‘I should leave that man alone if I were you,’…to which Winston replied, ‘I am not afraid of Siegfried Sassoon. That man can think. I am only afraid of people who cannot think.’”

“Who is Siegfried Sassoon?” Lord Esher, the liaison officer between the British and French armies, wrote Philip Sassoon, a cousin of Siegfried and private secretary to British commander Sir Douglas Haig. “Winston knows his last volume of poetry by heart, and rolls them out on every possible occasion.” Siegfried Sassoon is one of the writers whose influence on Churchill is examined in the current issue of Finest Hour, “Churchill’s Literary World.” 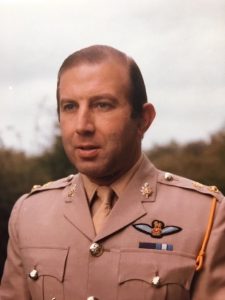