On his arrival in Durban in December 1899, Churchill was hailed a war hero after his daring escape from the Boer POW camp. His new fame allowed him to override the objections of the War Office and he continued to assume the dual role of officer – with a local volunteer unit, the South African Light Horse – and war correspondent.

For the next six months, he encountered fire, took part in the bloody and unsuccessful battle of Spion Kop in January 1900 and, as the war turned in Britain’s favour, was present at the relief of Ladysmith and the occupation of Pretoria. Returning to England in July 1900, Churchill was feted on the streets of Oldham.

Having been defeated there in the by-election of 1899, he now prepared to contest the seat again as a celebrity. Now a well-known and celebrated figure, he won a seat in the next election and was elected to the House of Commons, for the Conservatives, in October 1900 just before his twenty-sixth birthday. Victory was followed by a speaking tour of the United Kingdom and North America. Although he was, of course, to return to the front lines of war in later life, his youthful career as a soldier was over. 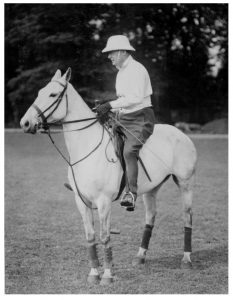