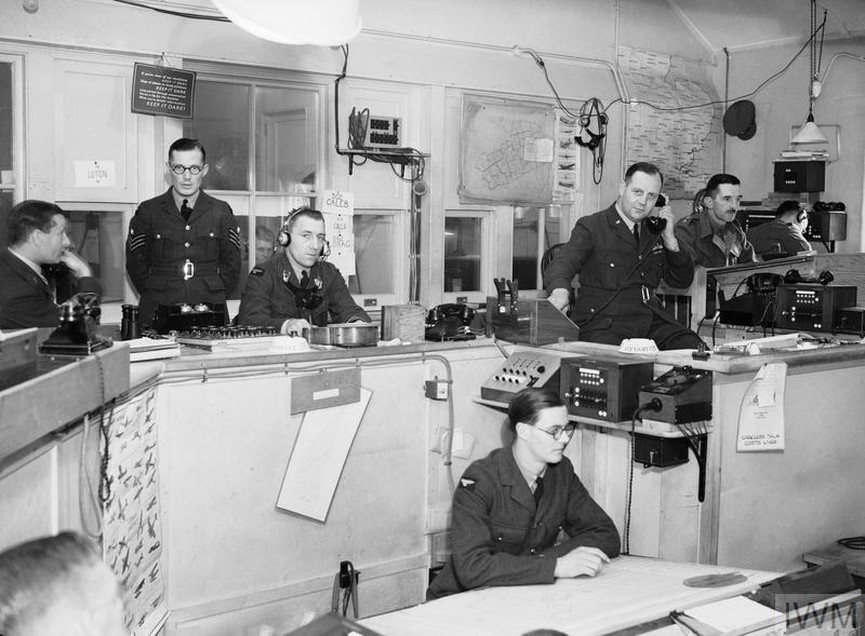 Operations Room at Duxford during the Battle of Britain. The Sector Controller would receive information about incoming enemy aircraft and their movements and the movements of friendly aircraft would be plotted on the operations table. © Imperial War Museums CH 1401

Starting on 7 September 1940, London was bombed by the Luftwaffe for 57 consecutive nights, and other British cities were targeted. But a real turning point in Britain’s fortunes in the war occurred on 15 September.

In an attempt to shatter British morale, now that an invasion began to seem increasingly unrealistic, Hitler sent two enormous waves of German bombers. But their attacks were scattered by the RAF; the German defeat caused Hitler to order, two days later, the postponement of preparations for the invasion. In the face of mounting losses of men and aircraft, the Luftwaffe switched from daylight to night-time bombing and although fighting continued in the air for several more weeks, and British cities continued to be bombed, German tactics to achieve air superiority ahead of an invasion had failed.

Learn more about the Battle of Britain here.

Churchill’s ‘few’ brave men of the Royal Air Force had succeeded in preventing Germany from dominating the skies, and the Royal Navy remained in command of the seas around the shore.

Britain’s resistance to invasion between June 1940 and May 1941 prevented Hitler from achieving victory and it is for his role in leading the defence of his country against Germany during this period that Churchill’s reputation as a great war leader must surely rest.

Churchill’s public presence was morale-boosting. Toting a tommy gun or wielding his cigar, his manner and bull-dog-like determination encouraged the people of Britain to ‘dare and endure’.

The Battle of Britain had been won – even if only by a small margin – and the threat of invasion averted. Londoners were beginning to learn how to survive ‘the Blitz’. Sir Winston after his escape during the Boer War