Britain’s wartime prime minister was such a fan that Champagne maker Pol Roger named its prestige cuvée after him, Cuvée Winston Churchill

The Champagne region abounds with stories of remarkable, sometimes even beautiful, women, such as Nicole-Barbe Clicquot, Madame Jeanne Alexandrine Louise Pommery, and Lily Bollinger, to name a few. One of the most remarkable and most beautiful of them all was Odette Pol-Roger, whose husband ran the champagne house of the same name. Since the 1980s, though, the name Pol Roger (pronounced poll rojey) has been associated with an even larger larger-than-life icon: Winston Churchill. 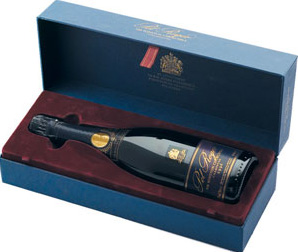 Pol Roger had been Churchill’s favorite champagne from the 1920s, so when he attended a lunch at the recently reopened British Embassy in Paris in November 1944, the ambassador, Duff Cooper, who knew Churchill enjoyed the company of beautiful women at least as much as he enjoyed champagne, seated Odette next to him.

The attraction was immediate, and their enthusiastic if entirely innocent friendship lasted until Churchill’s death in 1965. Such a fervent admirer was Churchill of both Odette and her champagne that he named one of his race horses Pol Roger. She returned the compliment in 1984 by naming her house’s new prestige champagne Cuvée Winston Churchill.