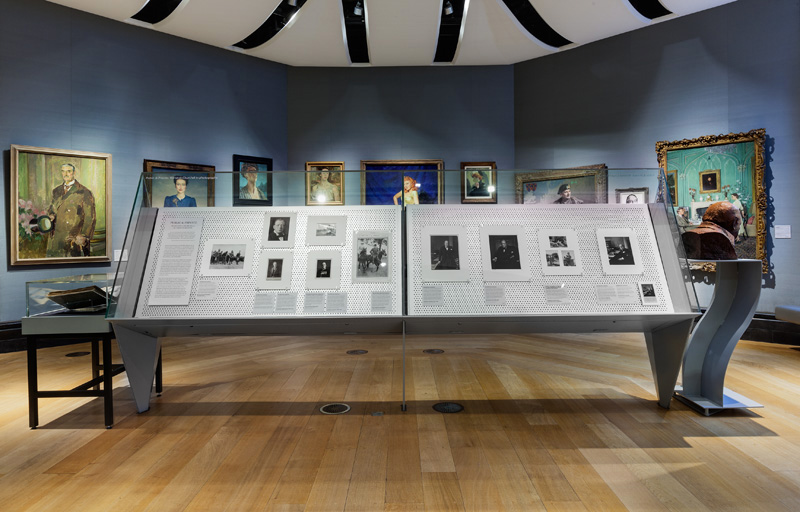 To coincide with the fiftieth anniversary of the death of Winston Churchill, a new display at the National Portrait Gallery gives a broad picture of Churchill’s many roles through works from the Photographs Collection. The steadfast wartime leader is shown in iconic portraits and morale-boosting ephemera, while press prints, tear sheets, and snapshots show him as a correspondent, soldier, painter, writer, friend, and family man.

Alongside studio portraits, which became emblematic of Churchill’s bulldog-like persistence, the display features photographs of a Churchill as a young man and informal portraits at home with his family. An album of personal snapshots of Clementine and Winston Churchill’s voyage with Walter Guinness, first Baron Moyne in 1934, during Churchill’s ‘wilderness years’, will be displayed for the first time. © reserved; collection National Portrait Gallery, LondonThe National Portrait Gallery (NPG) was the first portrait gallery in the world when it opened in 1856. In 1896 it moved to its current site at St Martin’s Place, off Trafalgar Square and has since been expanded twice. Sponsored by the Department for Culture, Media, and Sport, the gallery is a non-departmental public body. The gallery displays paintings, photographs, and statuary of prominent figures from throughout British history. The collection’s earliest portraits depict kings in the Houses of Lancaster and York. Winston Churchill is of course well represented in the collection by individual portraits and also as part of a group in a striking canvas depicting the Statesmen of World War I by Sir James Guthrie.

In January 2012, HRH the Duchess of Cambridge announced the National Portrait Gallery as one of her official patronages. Her first-ever official portrait, executed by the artist Paul Emsley, was unveiled at the gallery in January 2013.

For more information about the Churchill exhibition, please CLICK HERE.