Land of Milk and Honey Following the conclusion of the Cairo Conference (see accompanying article “Churchill Style”) in early March 1921, Winston and Clementine Churchill travelled to Jerusalem. The purpose of this visit was to discuss the future of Palestine with both Arab and Jewish leaders. What Churchill saw impressed him greatly and filled him with enthusiasm for the cause of Zionism.

During the First World War, British armies had fought their way against the Turks into control of Palestine. After the war, the British government assumed responsibility for governing the territory under the authority of the League of Nations. The League gave Britain a “mandate” to shepherd the people of the territory towards self government as rapidly as possible. During the war, British forces had worked with followers of the Sherif of Mecca, who claimed descent from the Prophet Mohammad. In exchange for Arab support against the Turks, the British made commitments to support Arab independence. The Arabs themselves, however, were deeply divided, and there was no clear understanding as to just who would eventually control what territories including Palestine.

In addition to promises made to the Arabs, the British government in 1917 had pledged itself to support the creation of a Jewish National Home in Palestine. This announcement had been made in the form of what became known as the Balfour Declaration. In practice the policy meant Jewish immigration into Palestine while it remained a British Mandate. Beyond that, there was no certainty. Reconciling the promises made to the Arabs and the Jews with its responsibilities to the Leagues of Nations created a knotty problem for the British. In 1921, Prime Minister David Lloyd George assigned the task of finding a solution to Churchill, who became the new Colonial Secretary.

Palestine in those days was understood to be the land on both sides of the River Jordan. Churchill’s solution, in Solomon-like fashion, was to divide the land along the river. The larger territory to the east, known then as the Transjordan, would be given over entirely to the Arabs. Prince Abdullah, a son of the Sherif of Mecca, would be set up as the leader. One hundred years later, his great-grandson reigns as King Abdullah II in the Hashemite Kingdom of Jordan. The smaller but more fertile land west of the River Jordan would remain under British control for the time being, and it would be here that the British would allow for Jewish immigration.

Churchill spent the last week of March 1921 touring Western Palestine. On the 25th he spoke at the dedication of the British Military Cemetery on the Mount of Olives. “These veteran soldiers,” said Churchill, “lie here where rests the dust of the Khalifs and Crusaders and the Maccabees….Peace to their ashes, honour to their memory and may we not fail to complete the works which they have begun.” After meetings with Abdullah and deputations from the Palestinian Arabs and Jewish settlers, Churchill was invited to visit the site of the still uncompleted Hebrew University on March 29th. He was presented with a scroll of the Law and asked to plant a tree. Churchill then declared:

“I believe that the establishment of a Jewish National Home in Palestine will be a blessing to the whole world, a blessing to the Jewish race scattered all over the world, and a blessing to Great Britain. I firmly believe that it will be a blessing also to all the inhabitants of this country without distinction of race and religion….Our promise was a double one. On the one hand we promised to give our help to Zionism, and on the other, we assured the non-Jewish inhabitants that they should not suffer in consequence. Every step you take should therefore be also for moral and material benefit of all Palestinians. If you do this, Palestine will be happy and prosperous…; it will turn into a paradise, and will become, as is written in the scriptures you have just presented to me, a land flowing with milk and honey….”

For more about Churchill and his relationship to Zionism see, “The Road to Zion: Winston Churchill’s Philo-Semitism” by Michael Makovsky in the current issue of Finest Hour. Additionally, on Thursday, April 11th, the International Churchill Society will host a free online symposium commemorating the 100th anniversary of the Cairo Conference and examining Churchill’s role and legacy in the creation of the modern Middle East. Registration details for “Churchill and the Making of the Middle East” will be provided in the April Churchill Bulletin. 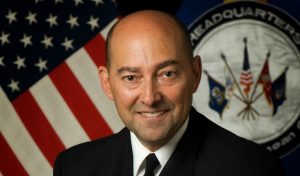 March Events at the NCLC